With the increasing popularity of both Kratom and Delta 8, their demand has risen among the masses. Their relaxing and calming properties pleasure one’s daily life and heighten sensations in a positive, tranquilizing way. But how do they exactly differ?

Kratom originates from Southeast Asia where it has been practiced as a recreational and medicinal herb for more than two centuries because of its healing properties. Whereas delta 8 is a variant of THC or tetrahydrocannabinol which is processed through isolation to further make it a stable version of its more potent self. THC is a compound found in hemp or cannabis plants that originally goes far back to the middle ages where it was consumed and practiced in the Mediterranean countries.

In this article, we’ll discuss how both of these substances differ in nature, their products, effects, benefits, their legal status, where to buy them, and which one has advantages over the other.

Kratom is a tropical tree (Mytragina speciosa) in Southeast Asia that has been traditionally used as a medicinal herb for over two hundred years in Malaysia, Thailand, Indonesia, Myanmar, and Papua New Guinea. It’s also called ketum, maeng da in different parts of the world. The key alkaloids it has are mitragynine and 7-a-hydroxy mitragynine, although the kratom products have a limited amount of these compounds.

The use of kratom has recently increased in popularity in the states and it is consumed for its relaxing and mood-lifting properties. It’s a federally legal substance that is available and consumed in multiple ways, some of which are capsules, pills, liquid extracts as well as dried leaves for brewing in tea and other beverages, or to smoke even!

Delta 8 is an isomer of Delta 9 (or more commonly known as THC), one of the main compounds found in hemp and cannabis (marijuana) plants. Now you might be wondering, what’s an isomer? Well, an isomer is a term in chemistry which refers to two compounds with identical chemical formulas but with a different arrangement of atoms.

Delta 8 THC (tetrahydrocannabinol) is formed and extracted through synthesis and isolation of Delta 9 THC in cannabis plants. Studies suggest that Delta 8 is a better, more stable variant of THC hence safer to use and consume. While both are similar compounds with different carbon chains, (Delta 8 being on the 8th chain while Delta 9 being on the ninth chain) the difference is observable in how they interact with your body, where studies prove Delta 8 to be more stable.

The enthusiasts of Delta 8 have reported it to be a delightful substance to consume. Some of the reported mood-lifting effects it causes are euphoria, calmness, a sense of peace, and relaxation. It comes in many forms, some of which are gummies, tinctures, infused flowers, vape cartridges, and even pre-rolled joints!

Kratom vs. Delta 8: Effects and Uses

Whether used for relaxation or medicinal purposes, kratom has many uses but is mostly consumed for its relaxing, energizing qualities. Whereas Delta 8 is a potent that gives you a wave of euphoric sense along with its mood-lifting properties.

Other than the traditional way of chewing on its leaves as well as brewing them in tea, kratom is consumed in multiple ways as mentioned above. Powders, tablets, capsules, and liquid extracts are some of the ways kratom products are sold and consumed. Kratom has three types of strains, green vein, white vein, and red vein. While green and white veins are said to give you pleasure and are used for their calming properties, the red vein strain is said to be a discomfort reliever.

Similar to marijuana, Delta 8 contains psychotropic effects which are said to give you a sense of relief, calmness, euphoria as well as delight. Although it is less potent and is proven to be a mild form of THC. As mentioned above, it is available to consume in many forms, gummies, tinctures/oils, vape cartridges, and flowers infused with Delta 8. So, you can decide according to your preferences.

Some of the key effects that kratom produces are attentiveness, relaxation, calm sensation, and sociability while the key effects of Delta 8 reportedly are euphoria, sense of delight, calmness, and relaxation. Yes, they both have similar effects but work in inherently different ways since their interaction is distinct towards mind and body.

Since Delta 8 is a form of THC, whether or not it’s mild, it can have those mind-numbing effects that cannabis has, but in a less potent way. So kratom has a slight upper hand solely because of its positive properties which do not cause any loss of your surroundings or senselessness. However, users claim Delta 8 is safer than marijuana in terms of addictiveness unless of course consumed in high doses which can then lead to mild addiction.

All in all, if taken through proper prescriptions, the key benefits of kratom are fewer long-term effects, attentiveness, and its energizing properties.

The process of isolation which makes Delta 8 a stable form of THC also makes it safer to consume. Since common THC (or Delta 9) has some short-term and long-term effects, Delta 8 is specifically synthesized to counter that and be a safer form of cannabis consumption. With that in mind, it’s also known that there has been no reported overdosage involving the consumption of marijuana/THC, whereas there have been reported cases of kratom overdoses.

So, the main benefit Delta 8 has is that it’s safe to consume in the long run due to its mild nature. And according to research, it’s so far safe to consume with no serious risk.

Is it safe to mix them?

You may be wondering if you can mix kratom and delta-8 because of the possibility that you may be able to avail both of their benefits together. Consumers of both these substances claim that kratom enhances the effects of THC. There is also a common conception to have kratom with food before, and have THC right after it.

However, there are limited studies available to support the health effects of both Kratom and Delta 8. Hence it is advisable to not mix these substances without consulting your physician. With more research studies in the future, we hope to find more about how kratom and delta 8 affect mood and behavior.

Kratom is federally legal but isn’t exactly regulated. Some of the states where it’s illegal to buy, possess or sell are Alabama, Arkansas, Indiana, Rhode Island, Vermont, and Wisconsin. While it is legalized in the other states, there are some cities and counties that may have their local regulations over kratom.

Since THC comes from hemp which is federally legal under the 2018 Farm Bill, it falls under the same regulation. Hence it is legal in most states and other states have their regulations in place. Cannabis is banned in the following states: Alaska, Arizona, Arkansas, Colorado, Delaware, Idaho, Iowa, Mississippi, Montana, Rhode Island, and Utah.

Delta 8’s legal status is slightly different compared to the legal status of cannabis. For example, cannabis is available and legal for recreational use in Arizona and Colorado, but Delta 8 is forbidden.

Do they show up on a drug test?

There are some specific tests that can detect and identify kratom, one of which is the 10-panel drug screen test. Other common tests such as saliva, hair, or blood tests aren’t commonly used to detect kratom in the body. But you should still be vary of the 10-panel drug screen since some factors can influence the length of time that the drug remains in your systems such as body weight, fat, alcohol presence, age, and liver function.

Similar to kratom, Delta 8 can also be detected with the 10-panel drug screen. Except it can also be detected and identified in hair, saliva, and in a urine test. Research suggests that these tests can identify THC usage since they can stay in your system for 30 days depending on your age, gender, and weight.

Even so, testing positive shouldn’t be a problem since there are ways they can be ruled out especially since they’re legalized in most states.

How to safely purchase Kratom and Delta 8?

Both of these substances have gained increasing popularity with their uses and benefits, whether for pleasure or relief. So if you’re looking to try them out, you should know about the best brands and vendors. We’ve included some of the verified and best-reviewed vendors of these products below.

Here are some of the best brands of vendors that are verified by the American Kratom Association (AKA). This organization is the United States’ leading authority that regulates herbal supplements. Further reviewed kratom vendors by the consumers:

Now then, we can assess both these substances as relaxing, pleasure-giving plants which come in different shapes and forms for our convenience. From their euphoric qualities to their relieving properties, both of them are substances that are recommended by their respective enthusiasts. It’s important to know the differences this article has so far explained to further decide what’s best for you and in which shape or form.

Their legal status is one of the crucial things to keep in mind before trying them out, so if you’re ready to have a taste of these, be sure to know your local laws.

END_OF_DOCUMENT_TOKEN_TO_BE_REPLACED

Delta-8 THC has quickly gained popularity in its use as one of the best cannabinoids in the market. Because of its low potency and relaxing qualities, its consumption has had…

END_OF_DOCUMENT_TOKEN_TO_BE_REPLACED 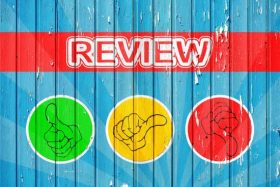 Kratom (Mitragyna speciosa) is gaining popularity all over the world. With this increasing popularity, many brands have started selling Kratom through different sources. Therefore, the decision-making process has become difficult.…

END_OF_DOCUMENT_TOKEN_TO_BE_REPLACED

With the exponential rise in demand for Kratom Products, more and more businesses are sprouting across the United States, prompting people to invest in the lucrative industry. The article will…