How Kratom Works In The Human Body And Brain?

Kratom( Mitragyna Speciosa) has a Sanskrit word origin meaning sacred plant, also known as Baik- Baik, Chang, Thang, etc., has become hype on the internet and continuously attracts buyers worldwide. Consumers are going crazy for its instantaneous medicinal effects, which end their suffering from long-term upsetting, uneasiness, and drug tolerance. Those who are new to this must be thinking, how is Kratom able to do it?  It works when its different alkaloids attach to the brain’s receptors, either stimulating or inhibiting the release of chemicals from the brain, which later give the desired effects to the consumer. However, the complete detail of the mechanism is still unknown.

But What Exactly Do We Know About Kratom?

Kratom is a well-known, controversial source of herbal medicine. It is a tropical evergreen tree, belonging to the family of trees known as Rubiaceae, found in South Asia, such as Thailand and Malaysia. Their leaves are being used for general health and mood.

How Does Kratom Work?

The two primary compounds in Kratom tree leaves, Mitragynine and 7-Hydroxymitragynine have a high affinity for Mu-opioid receptors in the brain. They also work as an antagonist of the delta-opioid receptor. When taken orally, it gets absorbed into the blood and reaches the brain receptors. On activating, it can either cause sleepiness or energize the body.

Mitragynine, is structurally similar to the alpha-2 adrenergic receptor antagonist binds to the receptor and inhibits its effects. These receptors are present in the brain. On activating, it releases certain chemicals that relax the blood vessels’ muscle and improving the blood flow. Based on much research, it would not be wrong to state that Mitragynine has more substance receptor-like properties than the adrenergic receptor.

According to the experiment-based evidence, 7-HydroxyMitragynine is 46 times more potent for the mu-opioid receptors than the Mitragynine.

Based On What Factors Does Kratom Work?

Kratom consists of highly complex chemical substances, and the detailed study of each is still under research. The way it works favorably depends on the type of its alkaloids.

Secondly, the only way to have a bit of control over this substance is by choosing the correct amount to take for yourself. As it is a dose-dependent drug, a small amount makes the consumer feel high and active, while the low dosage of Kratom makes one feel tired and sleepy.

When Kratom is taken directly in leaf form, it has more potent effects than powder form. Therefore, the mode of Kratom being consumed is an essential factor.

Lastly, every human has a different body, and everything that goes inside it reacts differently. Similarly, the way Kratom works on a body depends on the age, weight, height, and general health of the consumer or if they are already taking any other medicines along with it.

Benefits And Risks Of Kratom?

Kratom is well known for its controversies and has been a topic of debate for a long time. When many consumers call Kratom “a lifesaver substance “, The Drug Enforcement Administration (DEA) differs.

Despite the differences, Kratom is globally in demand due to its relieving properties.

The consumers in various reports said that Kratom has helped them have their lives back by getting rid of the excruciating discomfort caused by muscle, nerve, or any injury. Many of them feared what they would do if the DEA banned Kratom again. Many consumers were narcotics addicts and overcame their dependency on Kratom, mainly used as an alternative.

Some of them used it to elevate the mood and to bring calming effects to the body. It helps them have better control over their thoughts and emotions by making them well focused and alert.

” The FDA and DEA received more than 20,000 testimonials in 2016 alone from a cross-section of America that said Kratom is working fine.”

If It Has So Many Uses, Then Why Did The DEA Want To Ban It?

Firstly, It has a risk for dependency and tolerance, less likely than substances, but it is still an alarming factor. Scientists did few experiments on mice, and it showed that when Kratom is injected for an extended period, it causes reasoning and thinking impairment. It also increased the reward-seeking behavior in the mice.

A report in the American Journal of Emergency Medicine found increased heart rate and confusion due to Kratom from January 1, 2002, to November 30, 2016.

FDA Commissioner Scott Gottlieb quoted that 36 deaths from 2010 to 2015 were due to Kratom-containing products. There were also reports of few cases of liver injury in chronic users.

The Legal Status Of Kratom

The legal status of Kratom is a whole another debate.

In August 2016, the DEA placed Kratom under Schedule 1 of the Control Substances Act. Schedule 1 states that these substances have the potential for abuse and are not accepted for the use of medicinal purposes.

This action of the DEA had a lot of consequences, welcomed with protests, petitions, and resistance by the public. Due to these events, the DEA reversed the ban. As a result, the legal status of Kratom varies from country to country.

According to the resources, It is an illegal substance in Denmark, Ireland, and Sweden. In the USA, it is legal in most of the states except for Alabama, Indiana, Rhode Island, and Arkansas.

In 2020, the debate over this is still ongoing, but it is clear that The Food and Drug Administration (FDA) has not approved its medicinal uses. The DEA has also listed Kratom as a Drug and Chemical of Concern.

How Do You Take Kratom?

In the beginning, the older civilizations obtained Kratom by directly chewing the leaves. Later, when it became popular in other countries, they started to sell it in powder form.

Now, in the 21st century, Kratom is used in all forms, such as capsules, powder, and crushed leaves. The ground, dried leaves are smoked, and the powder is mixed in a liquid, usually alcohol or tea. The resultant tea is bitter; therefore, people prefer to add either sugar or honey to it.

When chewing the leaves, consumers remove the veins and add salt to them to prevent the risk of constipation. Most of them nibble 1-3 leaves at a time to gain maximum effect.

Is there any allergic reaction associated with it?

According to the reports, there are no known cases of allergic reaction but can interact with other drugs like antidiarrheal medications, and alcohol, etc. Due to its anti-inflammatory properties, many consumers have commented on online forums that Kratom has reduced their seasonal allergy symptoms. If any such reaction occurs after consuming the Kratom, do consult medical advice.

Can it make you dizzy?

Following previous reports, Kratom in low dosage (1-5 grams) does not cause any dizziness. When the dosage exceeds, due to its sedative effects, it might make the consumer dizzy.

How long does Kratom work?

The exact duration is not known, it varies from person to person, but on average, the effects last between 4-6 hours.

Kratom is still under study, and there are many things unknown about it. There is also no clinical evidence to support these studies. Hence, it is pretty too soon to state whether the goods outweigh the bad of Kratom or not. Despite all this, it has gained enormous popularity among the people.

END_OF_DOCUMENT_TOKEN_TO_BE_REPLACED 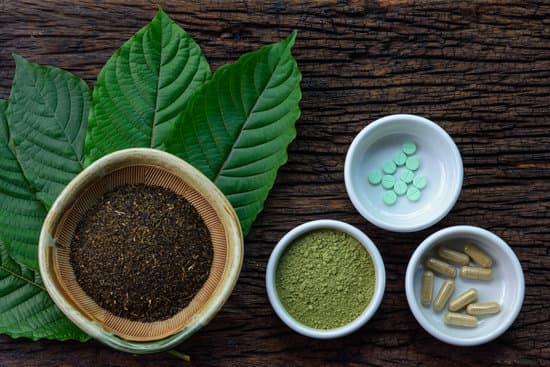 For some people, kratom is a life-saver. These people mean it in the most literal sense of the word. While we are still navigating the muddy waters of kratom’s possible…

END_OF_DOCUMENT_TOKEN_TO_BE_REPLACED

You must have heard great things about delta-9 THC because many people constantly love what it does and rave about it. THC or tetrahydrocannabinol causes high in people and produces…

END_OF_DOCUMENT_TOKEN_TO_BE_REPLACED

For the longest time, Kratom has been a breakthrough herbal remedy for consumers all over the world. However, since it has been subject to many controversies in recent years, consumers…