How To Get Kratom Out Of Your System Fast?

Some users take Kratom on a regular basis. They enjoy all the effects of Kratom whether recreationally or medicinally.

That’s okay if they don’t develop tolerance. That’s perfectly fine if they are not getting any adverse effects.

The problem arises when you have to go for a drug test and your system contains Kratom. This is when you panic. But, you do not need to panic as this article will help you get Kratom out of your system fast so that you remain on the safe side during a drug test.

What is Mitragyna Speciosa? 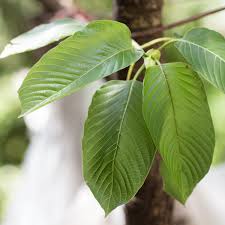 Kratom or Mitragyna Speciosa is a tree/plant that is grown in countries of Southeast Asia. The hot and humid climate of these countries favors the growth of Kratom.

Each leaf with different central venation has different alkaloids. However, the major alkaloid found in Kratom is Mitragynine and 7-hydroxy Mitragynine.

These two alkaloids or active ingredients of Kratom are responsible for the effects of Kratom produced after its consumption.

Kratom can be consumed in the form of powder, tea, tincture, extract, and capsule. The leaves can even be chewed and smoked.

Kratom produces an array of effects that ranged from stimulation and euphoria at low doses to sedation at high doses.

The pharmacodynamics and pharmacokinetics of Kratom are generally not well understood due to lack of research in this field, but this article emphasizes on key areas like absorption of Kratom, effects of Kratom, metabolism of Kratom and excretion of Kratom.

Kratom is absorbed mainly in the stomach and small intestine. It is then carried by the bloodstream to the brain where it crosses the blood-brain barrier.

This is why people take Kratom with grapefruit juice. Absorption is also enhanced when Kratom is taken on empty stomach i.e. 45 minutes before or after taking a meal.

Absorption of Kratom is delayed for up to 15-30 minutes if it is taken in the form of Kratom capsules.

If taken on empty stomach, Kratom starts showing its effects within 15 minutes of consumption. Method of administration is a major factor that affects the onset of action. If taken sublingually it can show immediate effects. 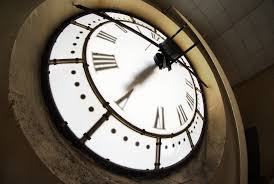 This varies from Kratom to Kratom depending on the type of strain and the form of strain.

Some strains of Kratom like Maeng Da are strong and their stimulant properties only last for up to 2-3 hours.

Strains that are taken in the form of extracts and tinctures also have a shorter duration of action.

A research study was carried out by a group of scientists. The study population was a group of males who had been taking Kratom for two years.

The discussion of the study suggested that the elimination half-life of mitragynine is around 23-24 hours (+/- 16.07 hours).

This interpretation means that around 50% of Kratom will be excreted/eliminated from the body in almost 24 hours or one day.

This also means that to have no Kratom traces in the body a person has to wait for 5-6 days after consumption of Kratom.

The study also highlighted elimination half-life for fast and slow metabolizers. Persons with fast metabolism remove Kratom quickly from their bodies and it only takes 7.17 hours i.e. 1/3rd of the day.

Slow metabolizers, on the other hand, have an elimination half-life of 39.31 hours, so Kratom stays in their bodies for around 9 days.

How can I flush out Kratom from my body fast?

Kratom can be removed from the body easily within a span of 5 to 6 days provided there is no further consumption of Kratom.

To avoid getting positive results in drug tests, it is a must that you take all the above-mentioned steps into account before appearing for a test.

END_OF_DOCUMENT_TOKEN_TO_BE_REPLACED

Blue lotus, also known as Nymphaea caerulea, is a psychoactive plant used for mild sedation effects. This multipurpose plant has descended from our ancient Egyptians, but the interest is still…

END_OF_DOCUMENT_TOKEN_TO_BE_REPLACED

2 thoughts on “How To Get Kratom Out Of Your System Fast?”