But the ever-increasing variety of Kratom strains has made it really difficult for the consumers to choose the ideal Kratom strain that better meets their needs. To make it easier for Kratom users to shop this incredible herb, this article provides detailed information about the most strongest Kratom strains that they can buy from the market.

Kratom is a popular medicinal plant that belongs to mitragyna speciosa family. Kratom is cultivated in the lush green rainforests of Thailand and Malaysia. It has been used for decades as a natural remedy for low energy levels, as well as relief.

A long time ago people who used Kratom were only limited to Bali and Maeng Da Kratom. But today, there is a wide range of this herbal plant to choose from. While the locals prefer to directly chew on raw Kratom leaves to attain desired results, in other parts of the world this herb is majorly sold in the form of powder, extract, capsules and teas.

No matter which type of Kratom product you are using, if you have purchased premium quality Kratom supplement, you can easily get the dynamic benefits this plant can deliver.

Since there are many types of Kratom strains, we decided to categorize the strongest strains based on benefits that they deliver. For example, analgesic, nootropic, stimulation, etc.

If you are seeking natural remedies then we suggest that you chose from the following strains of Kratom.

Kratom contains particular chemical compounds known as 7-hydroxymitragynine and mitragynine. Both alkaloids that interact with the mu receptors in the body to alleviate aches.

However, some Kratom strains, despite being natural, are mild in their action. They might not be able to relieve aches. Therefore, it is important to get powerful Kratom strains to get rid of suffering.

The strongest Kratom strains that you can buy include:

Maeng Da and Indo Kratom are the strongest strains and very much credited for their relieving potential. But, in case you want to get rid of discomfort in the fastest possible way, then nothing can match the potency of Red Bali.

Red Bali has remarkable relieving capabilities that instantly alleviate discomfort and provide quick relief and relaxation to the users.

The 7-hydroxymitragynine content in Red Bali is comparatively higher as compared to that of other Kratom strains. This alkaloid makes it a potent relaxant. People who suffer from aches and can definitely benefit by including Red Bali in their daily routine.

This is the latest addition to the Kratom variety. Bentuangie Kratom belongs to the Red Vein family and it has even more remarkable alleviating properties than Red Bali.

If you are looking for a fast-acting remedy, then Bentuangie Kratom might not help. It takes time before delivering its desired, but it is quite powerful in its effects. It not only eliminates even the most excruciating and unbearable discomfort but it also wipes out body’s perception of painful sensations.

When choosing between the two for relief, it must be kept in mind that Red Bali has the potential to induce sedation in users. So, if you don’t want to feel dizzy or hung-over throughout the day then picking Bentuangie Kratom would be a wise decision.

Indo Kratom is very powerful, both in its action and effects. Because of its sedating properties, Kratom Indo is considered one of the most effective strains. Indo Kratom helps users by eliminating all sorts of thoughts and chatters in the mind. Individuals can relax peacefully. Eventually, they wake up fresh, active, and energetic the next day.

Finding a stimulating Kratom strain is not tricky at all. It is the advantage of this incredible plant. Almost every variety and strain of Kratom possesses cognition-boosting properties. But for those who want to know the most active and potent nootropic Kratom, following are a few strains popular for enhancing cognition:

When talking about nootropics, Green Malay tops the list of enhancing strains. Green Malay has a perfect blend of flavonoids that make it a highly effective supplement. People can improve their mood, thoughts, and feel motivated. It helps individuals to feel positive and motivated by producing positive thoughts and joyful feelings. It is also known for improving focus and concentration levels in individuals.

Borneo is subtle when it comes to action but considering its effects, it is one of the strongest Kratom strains that you can buy. Borneo is an incredible remedy for people who suffer from discomfort. It produces comfort, relaxation and peace of mind to users. It is a powerful Kratom strain in the USA.

Since it does not induce sedation, many people prefer to buy Borneo over other strongest Kratom strains.

Feeling sluggish and fatigued all the time? Does lethargy seem to have taken over you for the rest of your life? Well, there is no need to feel upset about your condition because we know some of the most powerful and effective Kratom strains that can boost your energy levels instantly.

Sourced from the mainland Thailand, Thai Kratom is the most robust strain of Kratom you can buy to overcome low energy levels. Thai Kratom is an instant energy booster and works better than caffeine. It is its high mitragynine content that makes this strain such a powerful energizing agent.

Just replace your daily dose of coffee with Thai Kratom, and we bet you would feel upbeat, active and alert throughout the day.

Vietnam Strains are prized a lot for their stimulating properties. Unlike Thai Kratom, the Vietnam variety doesn’t produce get-up-and-go effects, but it delivers a slow yet remarkable burst of energy that lasts for quite a long time.

The white vein variety of Kratom is quite famous for its energizing effects. This type is very stimulating and enhances energy levels, significantly. People who suffer from lethargy and fatigue can stay active and alert throughout the day by using white vein Kratom. White Vein Kratom is also credited for its potential to efficiently remedy related to low boost levels.

The Most Strongest Kratom Strains for High Effects

Did you know that the 7-hydroxymitragynine which gives Kratom the quality to deliver astounding medical benefits can also produce high effects?

The alkaloids present in Kratom leaves (mitragynine, and 7-hydroxymitragynine), are agonists and can result in euphoria. They can interact with the receptors in the brain to produce high effects. Kratom users who want to use this herb for recreational purposes, to attain euphoric effects, can try one of the following Kratom strains.

Borneo is the most potent strain of Kratom when it comes to euphoric effects. Although Borneo is more famous for its immense energizing qualities, this powerful Kratom strain delivers intense feelings of euphoria, when taken in the right dose.

Borneo leaves its users in a relaxed state of mind, making them feel joyful and happy. It improves one’s moods and produces positive feelings and thoughts.

Green Malay Kratom is another strong Kratom that can cause euphoria. Green Malay is known for its high potency and maximum impact. It contains higher alkaloid levels, which interact with the mu receptors in the brain. This results in feelings of relaxation and happiness.

Green Malay doesn’t act very fact, but once it kicks in, its euphoric effects last longer than Borneo and Maeng Da. People who are looking for get-up-and-go effects should pick Borneo instead of Green Malay as it doesn’t act instantly to produce a High.

Despite the availability of other powerful Kratom known for their euphoric effects, Maeng Da is still the most popular strain of Kratom among all.

Maeng Da is prized for its perfect combination of analgesic and stimulating effects. It is still many people’s favorite euphoric Kratom.

What really adds to the popularity of Maeng Da is its mechanism of action. Maeng Da can deliver strong euphoria instantly, and its effects do not last longer than a couple of hours. It might be too high for the beginners, and therefore, they must choose from a variety that produces delayed effects.

Jennifer Kurtz is a founder of KratomGuides.com and studied medicine at the New Jersey School of Medicine (Rutgers). She is passionate about developing her knowledge of Cannabis, Nootropics, Kratom, and nutritional supplements. In addition to attending medical webinars and conferences, she loves to write research-based articles for magazines, healthcare professionals, and medical agencies. Jennifer is always looking to develop her knowledge for the Kratom through scientific researches and frequently asked questions of customers looking to buy kratom from reliable sources. View all posts by Jennifer Kurtz

Facebook Twitter LinkedIn Telegram Pinterest
Previous How To Get Kratom Out Of Your System Fast?
Next Reasons Behind The Rise Of Kratom Vendors In The United States

One of the many reasons behind the lightning speed of mitragyna’s fame is the variety and types of this marvelous herb. A number of Kratom strains depending upon the environment…

END_OF_DOCUMENT_TOKEN_TO_BE_REPLACED

Kratom fans all over the United States search for the best strain for them, and if you are a beginner, you might have probed various online shops for the best…

END_OF_DOCUMENT_TOKEN_TO_BE_REPLACED 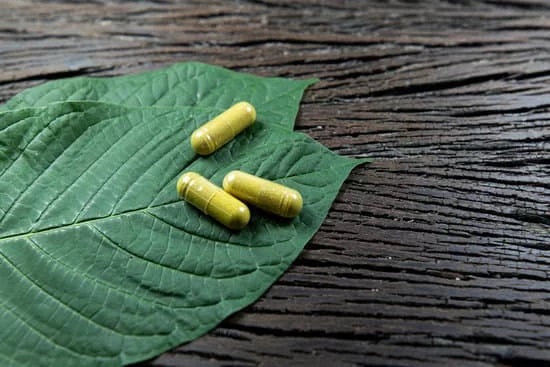 END_OF_DOCUMENT_TOKEN_TO_BE_REPLACED

With time, an increasing percentage of people are shifting towards herbal remedies as substitutes to western medicine. Two of these herbal products include Kratom and Akuamma. These two plants are…

END_OF_DOCUMENT_TOKEN_TO_BE_REPLACED

2 thoughts on “Most Strongest Kratom Strains 2021”