Organic Kratom Vs. Natural Kratom – Which Is A Better Option For You?

What Is Organic Kratom? How is it different from Natural Kratom? Is it healthier? Is it better? Let’s dive into what the label means.

Walk-in any convenience store today, and it’s difficult not to spot rows and rows of shelves marking organic foods. Indeed, organic products are taking the world by storm. And Organic Kratom is no different!

In 2014 alone, the sales of organic foods hit a massive $35.9 billion, according to a survey conducted by the Organic Trade Association.

But what does Organic Kratom exactly mean? And how does it differ from the natural? To put it simply, both are two distinct ways Kratom is cultivated.

Please keep reading to learn more about them.

What is Organic Kratom?

Skipping the conventional ways of fertilizing or controlling weeds ultimately guarantees healthier Kratom produce for you and your loved ones.

What is Natural Kratom?

Natural Kratom is produced with the help of conventional gardening practices involving synthetic chemical fertilizers, pesticides, and herbicides. This intends to promote plant growth, kill insects and weeds on or around plants.

The method is still largely practiced in South Asia and other parts of the world owing to its convenience, less labor intensiveness, quick results, and cost-effectiveness in the short run.

Remember, growing Kratom naturally will allow you to save some cents only initially. In the long run, the monetary investments involved are significantly higher than the organic alternatives. That’s primarily because the nutrients in the soil get destroyed, requiring frequent application of chemical supplements for sustenance or even soil replacement every few years.

This type of farming has received wide criticism on health and medical grounds. The synthetic chemicals result in bioaccumulation leading to sensitivities and several diseases in children and the aged such as ADHD and autism. Besides, frequent exposure to pesticides is linked to weakening memory, declining cognitive skills, developing Parkinson’s disease, and having fertility issues later in life. In addition, the International Agency for Research on Cancer classified the three most popular pesticides as carcinogenic, i.e., having the potential to activate cancerous cells.

The benefits of purchasing Kratom Organic are vast. From conserving natural resources to enhancing your physical well-being, monetary savings, strengthened cognitive abilities, boosting the immune system, and increasing nutritional value for the soil. You name it.

The entire idea of going organic revolves around one philosophy: “nature knows best.” Hence, the technique typically starts with the base ingredient, i.e., the soil, instead of the plant. By infusing life and vitality into the ground, everything that springs above it naturally blossoms- skipping the harmful world of pesticides and fertilizers.

All in all, organic Kratom is the way to go if you wish to live a cleaner, healthier and environmentally-friendly way of life.

This is indeed proved by a systematic review published by The Soil Association. The findings demonstrated that organic foods’ vitamin and mineral content is higher than the conventionally grown ones. “On average, organic food contains higher levels of Vitamin C and essential minerals such as calcium, magnesium, iron, and chromium.” Another independent study revealed that it has significantly higher levels of all 21 nutrients such as:

Organic farmers and growers work with an unshakeable belief that Mother Earth will provide for them as long as they do not abuse it. Therefore, they share a strong bond with the soil protecting it from toxic runoff, erosion, pollution, loss of topsoil, water contamination, soil poisoning, loss of important soil organisms such as insects, birds, and critters, all the while eliminating pesticides, herbicides, and fungicide residues on food.

A 100% chemical-free Kratom cultivation will ultimately translate into a better quality powder bursting with intense, real flavors and aroma. Share it with your friends or gift a loved one; the powder is sure to take your experience to a whole new level of chill, peace, relaxation, and relief.

Have you ever heard that organic gardening is also an effective mental therapy? Whether you want to prepare for a hectic day ahead or wish to take a break from the mundane life, organic gardening will allow for a more peaceful and meditative time. This is called Horticultural Therapy, where plants enhance the social, educational, psychological, and physical well-being of the patient’s body, mind, and spirit.

Hearing it for the first time? The practice was quite popular in the past, with several organizations and therapists working to promote it, such as the American Horticultural Therapy Association (AHTA), which was established as far back as 1973.

This one goes without saying. The absence of preservatives means that the Kratom cannot last long, so it must be discarded as soon as it turns stale. Therefore, you can rest easy knowing that buying from reputable vendors will enable you to get your hands on the freshest stock.

This is perhaps the strongest argument for making a switch from natural to organic.

Do you know one-third of the space in your local land-fill is consumed by your kitchen or yard wastage?

This ultimately leads to a reduced land-fill capacity as the newer sites are difficult to find.

With organic farming, the soil remains free of chemicals and hence can be conveniently reused. Heck, it can even be recycled using composting – where the decomposed remnants of the raw materials such as the grass cuttings and food scraps are reused as a soil amendment and seed starting medium to diminish the land-fill waste.

So you decided to buy an all-organic Kratom powder or decided to grow one but found the cost to be higher than the natural? Starting from the raw organic materials. The manufacturing process. The chemicals. Everything seems to be double the price.

Duh. That’s precisely the only major bone of contention for making the switch from going natural to organic.

But don’t let the higher prices fool you. The truth is growing Kratom organically is much more sustainable and profitable in the long run.

While this might sound impossible initially, trust us, enhancing the soil quality and taking care of its nutrients guarantees better and fuller crop growth for years to come. Hence, the entire practice revolves around the concept of “feeding the soil instead of the plant.” So, less money spent on gardening means more money in the wallet.

In all honesty, the question is difficult to answer due to the lack of any evidence-based research in the arena.

By and large, the notion is, organic Kratom is nutritious and healthier than all other organic food; however, this is not yet proven in scientific light as the studies have failed to determine any noticeable improvement in nutrition levels. In the words of Kathy McManus, director of the Department of Nutrition at Harvard-affiliated Brigham and Women’s Hospital, “I think people believe these foods are better for them, but we don’t know that they are.

From the day organic Kratom first made headlines, there has been a fierce debate about whether it’s better than its natural counterpart. People have religiously held opinions on either side. The article intends to take an unbiased look at each side by highlighting some key facts and figures to help readers decide.

The word “organic” isn’t just a fancy label for Speciosa Products. Or a mere philosophy. It is rather a practice religiously regulated by the USDA (U.S. Department of Agriculture) with its strict standards. The raw materials are lab-tested, the soil inspected, the crops checked, and the finished Kratomm retested in state-of-the-art labs to ensure that they are free from synthetic pesticides, fertilizers, and any genetic modification. In the end, whether to opt for organic Kratom or not is entirely upon you.

But it’s time you start saving your money. And as responsible citizens, let’s pledge to play your part in reducing and returning the waste to Mother Earth in a beneficial way.

END_OF_DOCUMENT_TOKEN_TO_BE_REPLACED

So you’ve finally heard about the wonders of Kava and are deciding to try it for yourself. Good for you.It’s no wonder that Kava is all that everybody’s talking about…

END_OF_DOCUMENT_TOKEN_TO_BE_REPLACED

If you are a true Kratom fanatic who keeps up with the latest news of the expanding industry, you must be well aware of the Yellow and Gold Kratom strains.…

END_OF_DOCUMENT_TOKEN_TO_BE_REPLACED 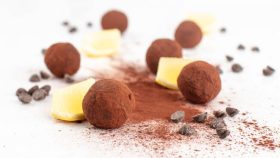 During recent years, kratom has been one of the most hyped-up herbs for it’s beyond amazing curative and restorative properties which have helped masses. Even though at first, there were…

END_OF_DOCUMENT_TOKEN_TO_BE_REPLACED

Kratom fans all over the United States search for the best strain for them, and if you are a beginner, you might have probed various online shops for the best…